I’m very pleased to introduce my first guest author and fellow Cavill Coaching athlete Darren Smith from the wonderful Trailing the Packing blog who talks about the part grit and determination play in achieving your goals.

I used to believe we are limited – all of us – by genetics, talent, innate ability or whatever label you wish to put on it. Why is this? My parents never pulled me aside and said,

“Son, you have a limited amount of talent passed down from generation to generation. Your path is set and that’s just the way it is.”

So how on earth do so many of us develop this self-constricting and harmful view? It is an accumulation of factors but one stands out. Early on in higher education we are separated into class levels depending on our ability or talent. Does this not send out the wrong message?

I was placed in the middle to low level classes and as a result have always seen myself as lacking in intelligence and restricted by a fictitious ceiling. A friend of mine, who graded better was placed in the top class for all subjects. I automatically had him pinned as potentially more successful than me and heading for a better job, future and life.

Yet I now manage one of the largest branches of a builders merchants, whereas my friend stacks shelves in a local supermarket.

The same applies to Sport. Those who lack natural ability are tossed aside and receive little attention. I was that kid and surmised I’d never run a fast 10K or compete in any race, of any level due to my lack of talent. Now, 15 years on I am winning and placing local races after one year of purposeful practise.

Since releasing my shackles over the last year, I have developed beyond anything I thought possible. I now see myself in a different light and wish others could do the same. It’s a depressing thought to know there are so many who give up before they even try due to a view which is imprinted on them at a young age.

So, I have taken some facts and studies from the book, “Grit”, which proves effort and perseverance count A LOT, and have presented the findings below. I hope this will offer the nudge I needed 12 months back to forget my perceptions and push myself.

The book “Grit” by Angela Ducksworth is full of examples and studies proving the key to success and performance is grit. Grit is essentially hard work, perseverance and passion. Angela begins with a great study from the US Military.

Over the pond in America the US Military hold a 7 week training programme for new cadets called ‘Beast Barracks’. Cadets are tested to breaking point and few of thousands survive the course. In fact, almost half the cadets voluntarily drop out. And guess what parameter accurately predicts who would and would not make the grade?

Various tests held before the course measuring talent, aptitude and intelligence bore no resemblance to those who survived. However, the GRIT test offered a shockingly accurate prediction for who would pass and who would fail. Forget SAT scores, high school rank, Athletic ability and leadership. It was a candidate’s perseverance, passion, and direction which played the telling role.

A Bottomless Pit Of Resources

Take into consideration the studies by William James, a Harvard Phycologist. He believed few of us ever tap into all our resources, both mental and physical. So if we never even touch the boundaries of our potential improvement why should talent decide our destiny, surely it is our effort?

Darwin, a genius in his field referred to himself as a slow thinker and yet he made life changing discoveries through perseverance. “I think I am superior to the common run of men in noticing things which easily escape attention & in observing them carefully.” Darwin is described as a man who thought about questions long after his contempories had given up and moved onto a simpler puzzle. Darwin had talents of course, but it was grit which elevated him to such enormous levels.

But how do we become gritty? Using these four psychological assets to aid and nurture it. Interest, a deep almost obsessive drawing to something. Practise and I mean purposeful meaningful practice. Purpose, your reason for going after something. The final asset is hope, without hope all the others will soon fizzle out.

Of the four above I believe purposeful practise plays the biggest role of all. Think of that guy who has worked in the office for a very, very long time, far longer than anyone else and yet never gets promoted. Or the Athlete who trains for more hours than you, possess’ the talent but achieves lesser results. The quote below sums up why these people will never succeed.

Truly world class people in their field persistently improve, grow and learn. We can all do practise unaware, unthinking and on auto pilot but those who are active and always improving seem to excel. From the outside they seem genius and obscenely talented…the real difference is how they experience practise.

The phrase ‘it takes 10 years or 10,000 hours of purposeful practise to master a craft’ is used time and time again by many a great author. To achieve that takes dedication, purpose, commitment and passion – it takes grit!

My point is, practise really hard and with purpose. Do this and you will improve, then, do it again and you will improve…improving a thousand times over will develop a completely different person. What you are right now defines your ceiling and what you perceive possible. But lots and lots of practise could completely change all that.

Enjoy trail, mountain and ultra running inspiration and advice straight to your inbox 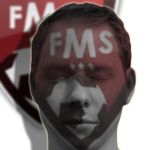 Darren is a passionate runner and writer on a mission to prove natural talent is not the deciding factor in achievement and success. You can find more on his blog, Trailing The Pack.

To race or not to race that is the question

Whats the worst that can happen?

The best places to eat healthy in Chamonix

I love running trails and mountains and like nothing better than spending time in The Lake District with my wife Victoria where we're attempting to climb all 214 Wainwrights. Recently discovering Skyrunning I'm a convert to the combination of mountain running and alpinism. I finished the UTMB in 2016 and am current course record holder for the Hardmoors 110.

Enjoy trail, mountain and ultra running inspiration and advice straight to your inbox